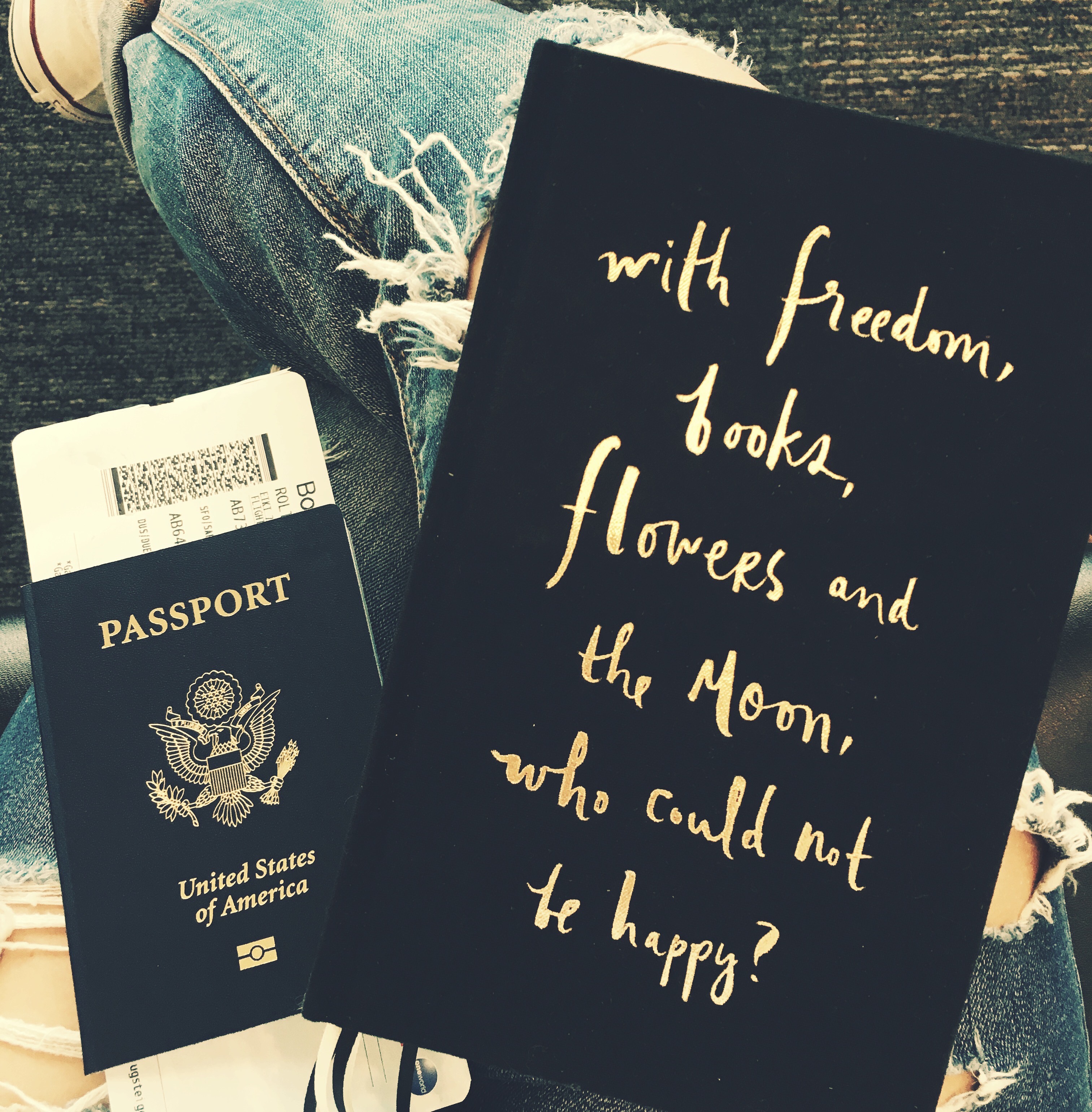 This summer I had the opportunity to travel to Germany, Slovakia, and the Czech Republic through a program put on by the Orfalea College of Business. It was an 11-day program that included visits to several different companies. Although I didn’t know anyone else that was applying for the trip, it was the last item on the 4-year-plan I created for myself freshman year of college- so I had to go. It was my last last adventure before beginning my final quarter of college as an undergraduate student. Passport in hand, I hugged my dad goodbye and headed out to find my group in SFO. 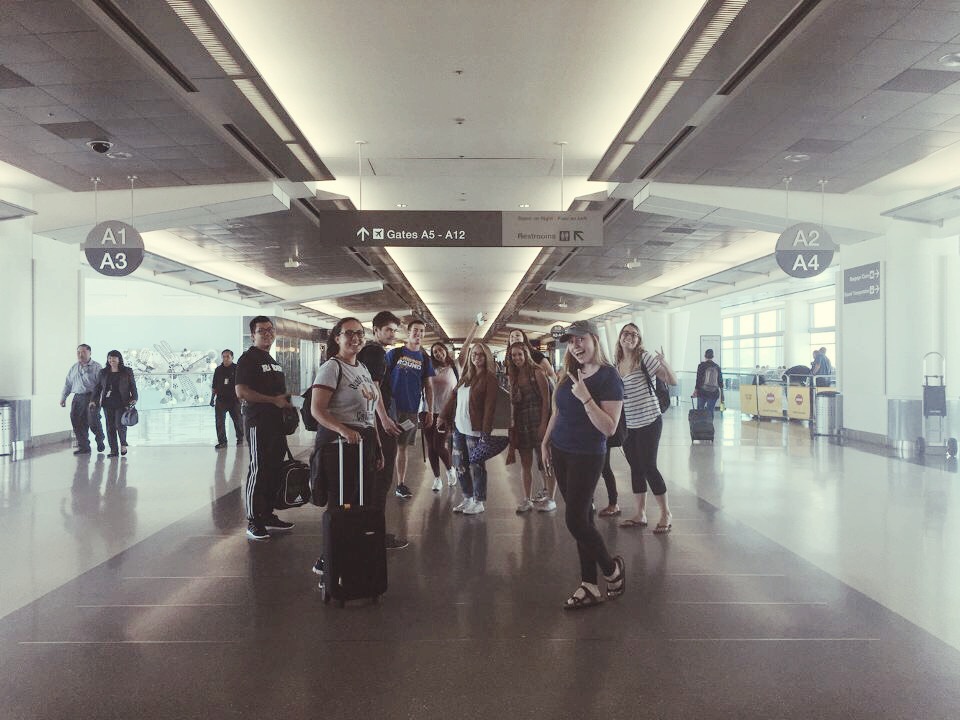 We all introduced ourselves and checked our baggage, then headed to our terminal. I was happy to see a few friendly faces and began to get excited for the adventure that lay ahead.

After several hours of flights, layovers, and finding all of the Starbucks locations to add to my international mug collection, we finally arrived in Berlin. Our advisors had been traveling beforehand and were meeting us at the hotel. We knew we were supposed to be greeted by our guide Olaf at the airport, but were not exactly sure where. A few panicked moments later he appeared waving a Cal Poly Orfalea College of Business sign, explaining that our flight had gotten in early and he had just missed us at the gate. He showed us to our charter bus and we piled on, thankful for the water bottles that were provided.

With that, we were off. He wasted no time in sharing all he knew about Berlin, which we shortly discovered was his home town. By the time we reached our hotel I knew more about the city than I ever thought I would. He bid us farewell for the night, and we headed inside to meet our advisors.

The hotel was quite modern and was quite different from what I had been expecting. Pleasantly surprised, I headed upstairs to meet my roommate, who had also been traveling beforehand. Her name was Jenny and she was very sweet, I knew we would get along just fine. After showering off the 18 hours of travel I had just been through, I followed Jenny down to the lobby to meet up with everyone for dinner. We were all excited to try some authentic German food, but after about fifteen minutes of wandering up and down the streets we realized that wasn’t going to happen. Later we would find out that Berlin is the San Francisco of Germany, a great big melting pot of cultures, but for now we were confused about why there were so many Turkish, Japanese, and Italian restaurants in such an iconic German city. We settled on an Italian restaurant as there was plenty of outdoor seating and we were a pretty large group. After fumbling through the language barrier, we all received our food and drink. I have to say, it was pretty amazing stuff at even better prices, I think we were all a little shocked. 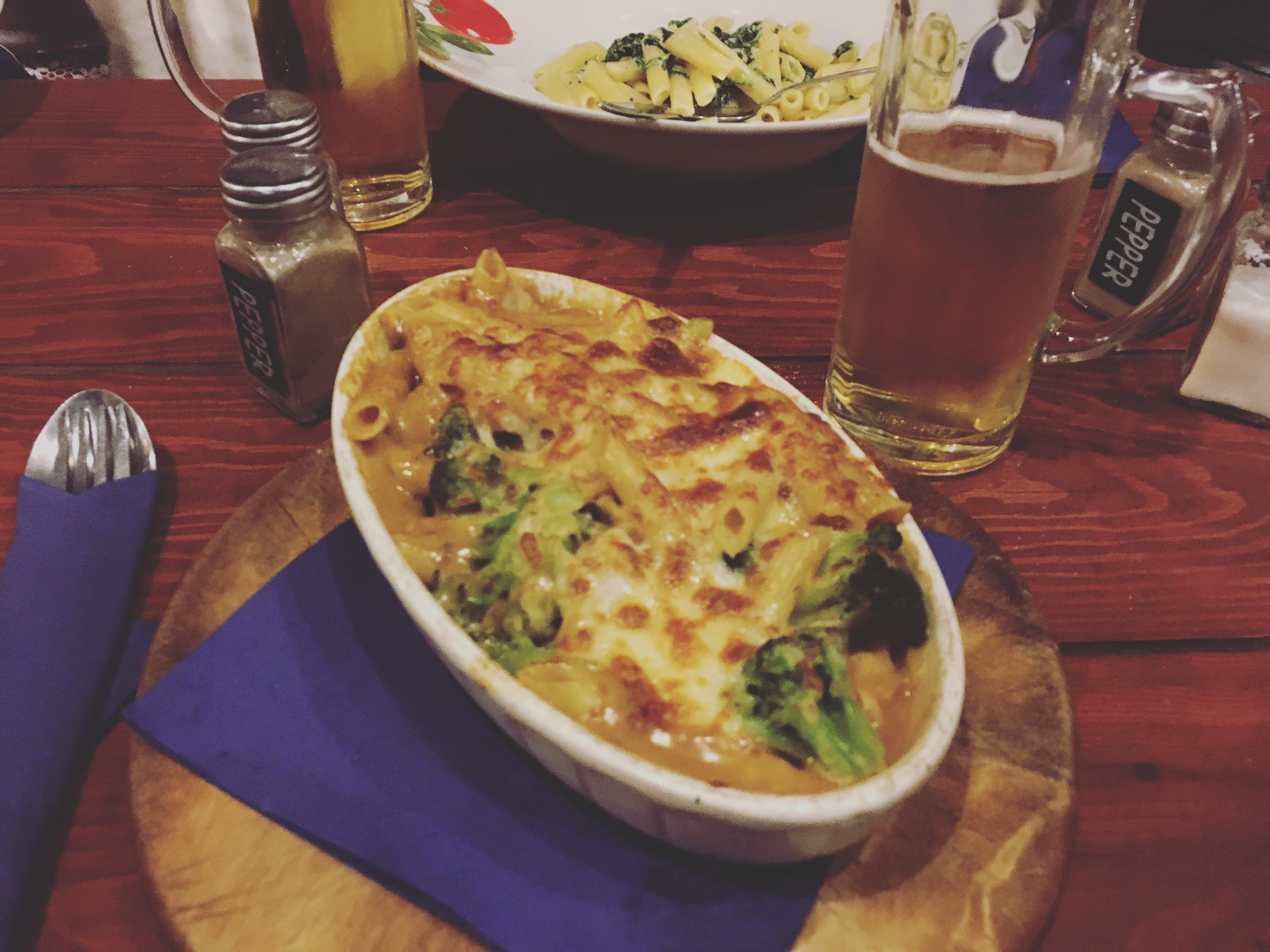 I ended up with broccoli penne and a local pilsner. It was probably one of my favorite meals of the trip, you could taste how fresh and unprocessed it was. The main dish and the drink together cost about 9 American Dollars – unheard of anywhere in the States. Berlin ended up being one of the cheapest places we visited, but we didn’t know that in the moment. It felt like this amazing wonderland of good food at cheap prices.

The next day we headed out for our first company visits- it was Startup Day. Our first stop was the Axel-Springer Plug-and-Play, which is an accelerator that startup companies can apply to be a part of. During the session we were lucky enough to hear a pitch from one of the companies currently in the accelerator. Both the people and the pitch were fantastic, and it made me feel really excited about the startup world. While we were there we also learned that the space the accelerator operates in used to be rented out to an artist, which explained the graffiti all over the walls.

After that visit our buddy Olaf took us on a guided tour around the block, showed us where to meet up in an hour, and gave us free reign. As it was our first day, we didn’t wander very far and ended up getting coffee at this cool little cafe right near where we were supposed to meet up. 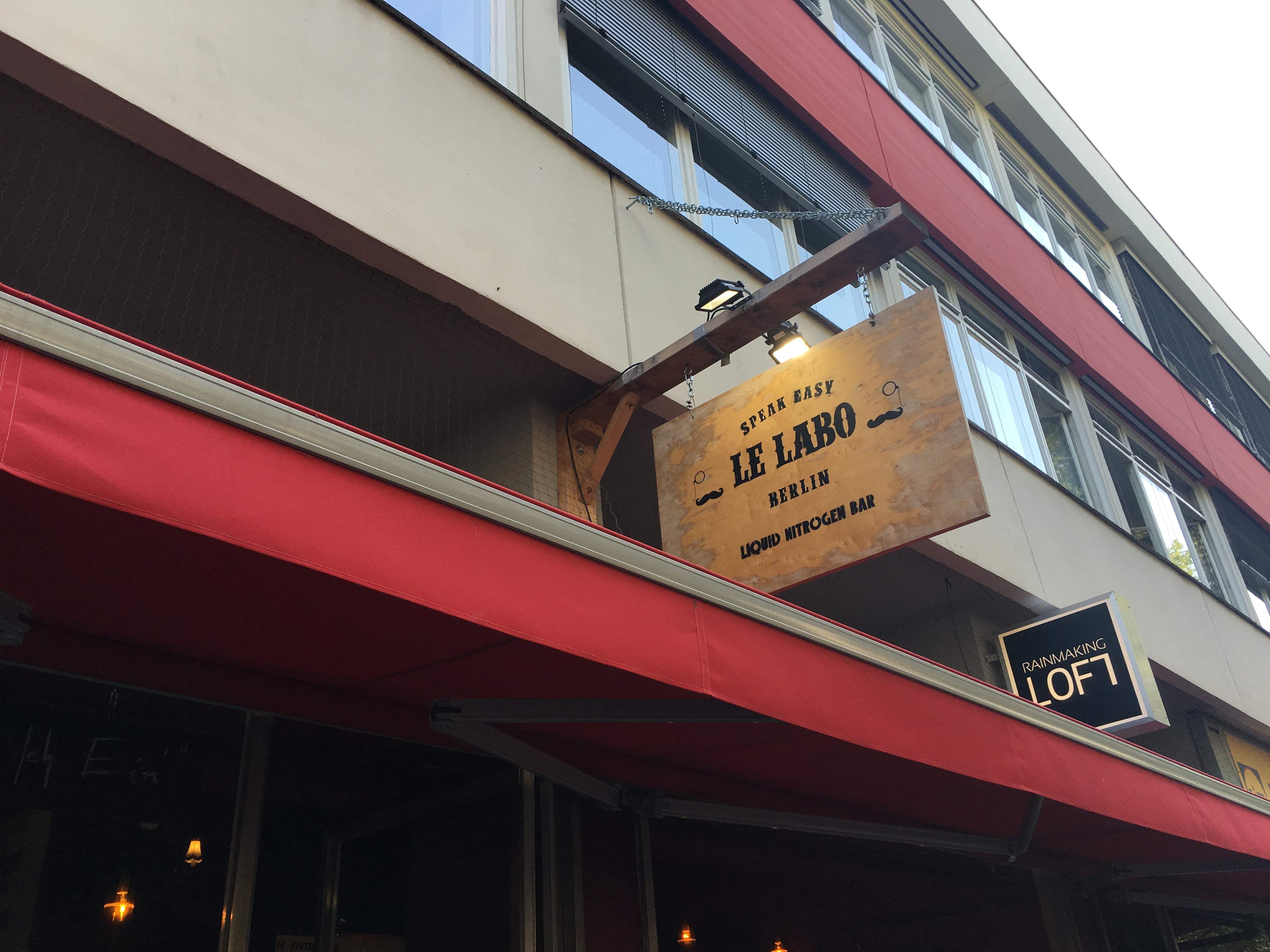 Little did we know that the “speak easy” on the sign wasn’t just for show- our next company visit turned out to be inside Le Labo, right behind a large curtain. It was called the Rainmaking Loft, which was also incredible. The approach was a little different from Axel Springer, as this company simply rented desks to startups on a monthly basis. What makes this company really excellent is their weekly breakfasts where all of the companies share their ups and downs, and typically end up helping each other out in one way or another.

We learned more about the startup world in Berlin, and shortly thereafter learned that Berlin is the Silicon Valley of Germany- interesting. After both of these company visits I felt so stoked on startups I had half a mind to change my concentration to entrepreneurship (spoiler- I didn’t).

At about this time they led us out the door, and we were off to our afternoon cultural visits, which kind of turned in to an afternoon nap, as we had all been up since 6:00 AM, were jet lagged, and the bus was very warm. We jolted awake at a German shopping mall, where we found finally found some “authentic” German food that we later found out was a chain restaurant.

That night we tried our hand at finding night life.. and failed. There wasn’t much going on around our hotel, and we didn’t want to go too far. We ended up getting kicked out of a “locals only” bar for looking too American and ended up at a bar connected to the hostel across the street from our hotel. It had furniture older than my hometown and a bartender that looked nearly as old. We all talked and got to know each other better until it was time to go to bed.

The next day was our walking tour of Berlin, and man did we walk. Our tour guide, Olaf, gave us his personal ties to the Wall, which really brought the story to life. He took us all around the city giving us historical insight, and we ended up in the art district. Here we found some cool graffiti as well as a street fair. We wandered around, found lunch, and did some light shopping until it was time for the next leg of our tour. 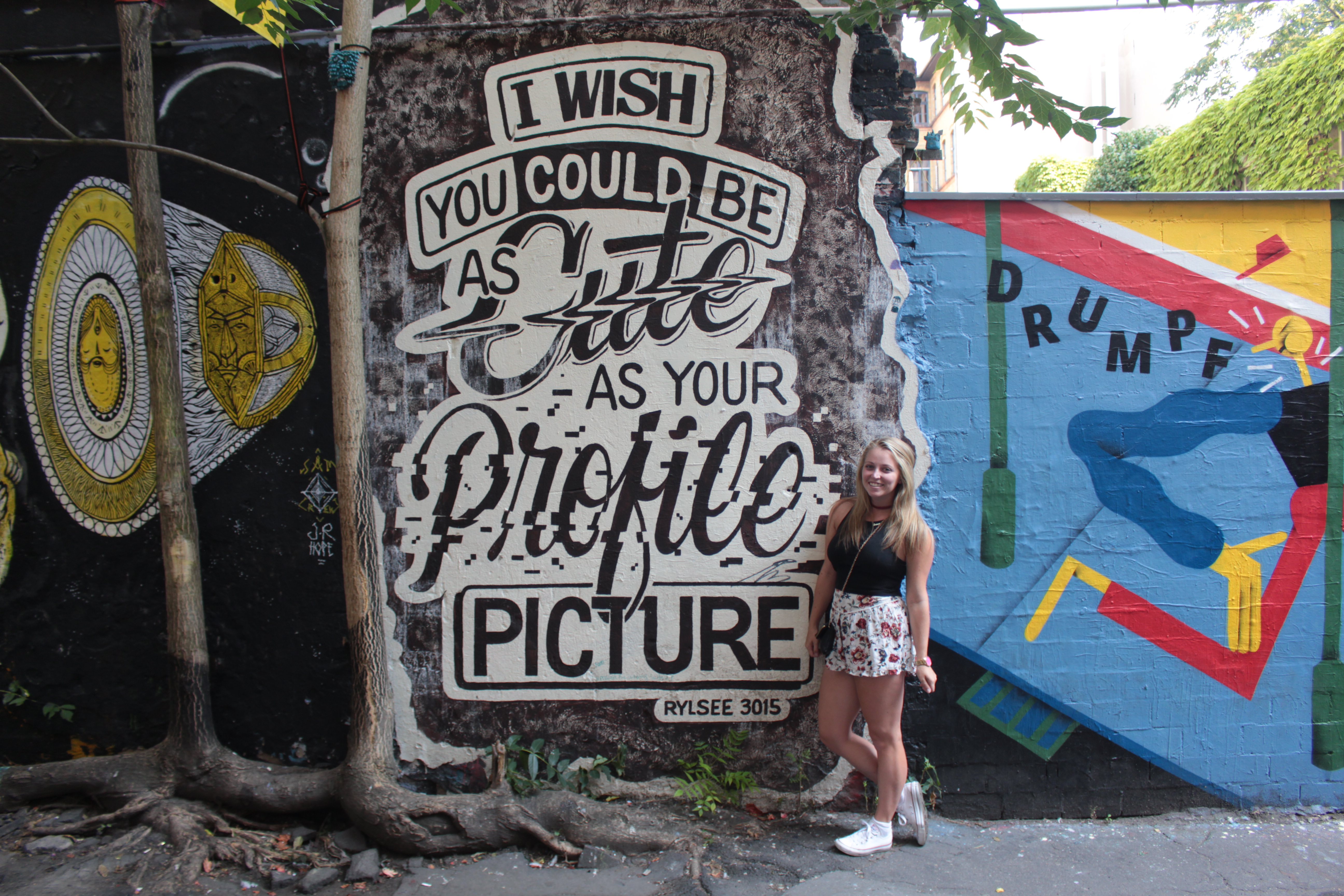 We continued our tour for another few hours, and came out of it knowing an incredible amount about the city. That evening I went with some friends to the top of the space needle and saw the most incredible views. We watched the sun set from our lovely tower then headed back to our hotel to meet up with everyone for dinner. We had a great last night in Berlin, excited for the adventures that awaited us in Prague.